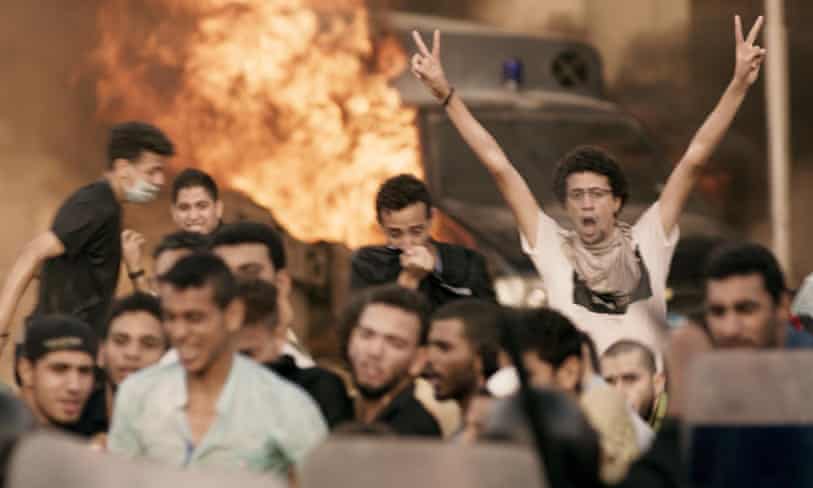 “Clash” review by The Guardian

Epic view of Egyptian revolution from the back of a van

Mohamed Diab brings claustrophobic intimacy to a historic moment in this stunning thriller, set inside a police vehicle during Egypt’s 2013 street protests

The Egyptian revolution that dislodged Hosni Mubarak in 2011 and its chaotic aftermath continues to give us some fascinating films. Here is the latest, a rather amazing New Wave-style drama that combines claustrophobic intimacy with some logistically epic scene-setting.

The year is 2013, the army has just unseated Mohamed Morsi’s Muslim Brotherhood, and pro-army and pro-MB factions clash on the streets. A reporter and photographer are arrested and thrown into the back of a police van, which is the sole camera setting; soon, other demonstrators from both sides are chucked in – along with, in one particularly chaotic scene, a lenient cop. They are crowded in there for hours in the boiling heat with no water and a plastic bottle to pee in. Through the grille-meshed window they get glimpses of the turmoil on the city streets.

At first, it looks like a no-budget movie with about a dozen people shot in a single location, but the director, Mohamed Diab, stages some spectacular riot scenes outside, which are all the more staggering for intruding on this enclosed space so unexpectedly.

The movie stunningly replicates that sense of inside and outside that must be felt by witnesses to any historic moment: the private debate, the enclosed conflict, and the theatre of confrontation unfolding beyond. What a dynamic piece of cinema. 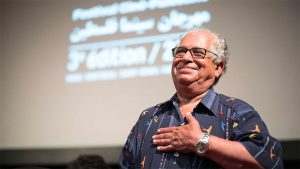 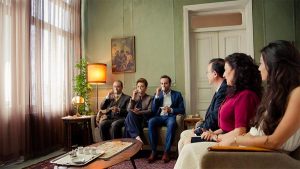